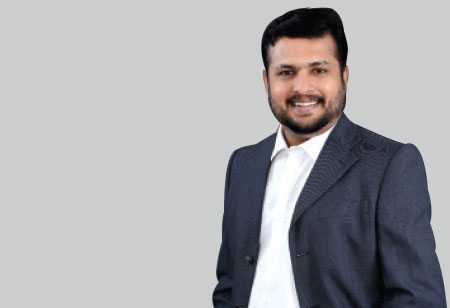 Wealth Management, in contextuality has been in existence for quarter of a century in India. From serving the Ultra Rich individuals and families way back in the 1970s to what it is today, Wealth Management has evolved to become a multi disciplinary approach with multiple solutions. However, from single product advisory to a multi product, goal oriented wealth management approach, has been a gradual progression.

This line of business function can credit its emergence from the banking system. The banks in the 1970s have functioned merely on deposits and providing credit to investors. With the emergence and expansion of the banking system in the 1970s, India’s savings rate rose from 16 percent of the GDP (Gross Domestic Product) from early 1970s to 35 percent of the GDP by 1980.While financial deepening through banks played its vital role, rising per capita income and diminishing share of agriculture in the GDP also helped. This period was aptly called the Golden Era, as far as Indian Savings were concerned.

Banking till 1970s has been mostly about, accumulating and preserving wealth within the boundaries of bank deposits. Early 1970s also saw the rise of Insurance Advisory, specifically life insurance. Life Insurance Corporation of India (LIC) since its formation in 1956 has played a vital role in insuring lives till then. Apart from mere risk cover, LIC encouraged investors to consider investments through its conventional plans. An Indian Investor till 1980s, considered a bank account and an LIC policy as his means to accumulate wealth. Though the Unit Trust of India (UTI) started in 1963, it took UTI 25 years to reach an Assets Under Management (AUM) of 6700 Crores. With the emergence of the Bombay Stock Exchange (BSE) in 1980s, there emerged a new avenue to make investments, shares or stocks as it is popularly known. However, this was essentially for the risk friendly investors and neither could many comprehend nor have access to. However, it was during the second phase of the Mutual Fund Industry (1987-1993), did High Net worth Investors take cognizance of the Mutual Funds and Capital markets in total. By 1993, the Mutual Funds AUM touched 47000 Crores, with the emergence of non-UTI, PSU mutual funds. By then Life Insurance business was open to Non LIC, private participants as well. Banks and financial institutions, found a new revenue model with a combination of Mutual Funds, Insurance and Deposits.

Banks could cater to larger retail public, by offering an array of products for the last 2 decades. However by now, the quintessential High net Investors / Families / Trusts realized the need of a dedicated advice to manage their hard earned assets or wealth. Banks followed suite with dedicated Relationship Manager / Personal Banker until the emergence of a dedicated Portfolio or Wealth Manager.

From mere conventional ways of advisory and managing wealth, Wealth Management today comprises of an advanced form of financial planning that encompasses Estate Planning, Trust Management, Legal Services Resources, Taxation advisory, and Portfolio Management among the many others. India’s GDP growth has been tremendous and at $2.3 Trillion as on December 2015. Rise in savings and lessening debt at 9.5 percent  (as a percent of the GDP) which is one of the best among global economies. Added to that, positive demographics, long term economic drivers, rising per capita income, and fiscal prudence have shaped Indian economy to emerge as a super power in a decade. A five year historical average of HNI wealth/GDP for each year, combined with IMF’s GDP projections, is estimated that HNI wealth in India will grow to US$952 Billion by 2017, a steady 12 percent CAGR from 2011. Today India stands tall with 84 Billionaires with a total aggregate net worth of $248 Billion that accounts to 11.8 percent of the GDP.

Wealth Management – Contribution and Relevance to an Organization

Wealth management plays a vital role in Corporate Advisory. It’s important to have a wide understanding of different businesses to advice each corporate operating within a specific industry. While advisory services include strategic planning of finances, due diligence, mergers and acquisitions (M&A), short and long term investments through different assets, hedge funds, private equity and so on, risk management is also offered on advice. Wealth management is also extended to the employees of corporate through corporate employee benefit programmes.

Depository and Trustee Services are tailor made and designed for promoters of large corporate houses, to provide insightful information on ensuring compliance on fund documentation, regulatory requirements and scheme particulars. Raising funds for businesses are a never ending process, and promoter funding assistance plays a vital role.